Being a 17-year-old girl entering my last year of high school, I can now look back at my early childhood and really reflect on how my classmates and I grew up comparing to how children now are being raised. One of the biggest and most important differences is the fact that we could easily live without technology and  social media was only just starting out.

I was given my first phone exactly four years ago on my first day of Grade 8. Today, if you see someone getting their first phone in Grade 5, people will even think they’re too late. Instagram, Snapchat, Twitter and Facebook and four of the most powerful social media apps on the Internet. Those are the 4 technologies right now that practically control our young minds.

One of the biggest differences I’ve personally noticed in my old school is how kids are talking, dressing and acting towards one another solely based on what they see on social media. Artists, celebrities and people with a higher social media following are three perfect examples of who people look up now in days. Another big change is that we have something called “Social Media Celebrities”. They are simply people just people with a much higher following count then others. Some companies even decide to pay “Social Media Celebrities” to endorse their products to make other people want to buy them. The power of social media is clearly endless.

But where did our childhood go? I see babies and other children as young and 5 years old playing games with their parents IPad and I see 7 year olds walking down the street with their newest addition iPhone. At what point did kids stop being kids and when did “social media celebrities” started being the new norm? 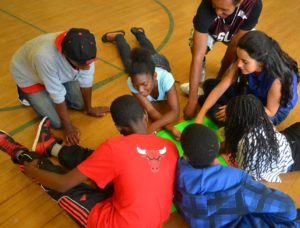 An apple a day